Is the next 9/11 financed by illegal wildlife trade?

Illegal wildlife trafficking is becoming one of the most lucrative forms of illicit trade. Surely enough, the trade in drugs, arms and humans continues to remain a billion dollar industry, however, the ivory trafficking gangs are pocketing millions annually. As illegal wildlife trade- where the illicit trade of elephant ivory is only one manifestation- is both a conservation issue and a matter of national security, it warrants further consideration. As poaching gangs are leaving a trail of devastation across the African continent, it is not just elephants who are at risk. US film maker Kathryn Bigelow does not exaggerate when she describes the phenomenon as “ the diabolical intersection of two problems…of great concern-species extinction and global terrorism”. It is a double-edged sword. But does an ivory trade-terrorism nexus even exist? If so, who are these terrorists that murder, torture and rape for a piece of the ‘white gold’?

In recent years non-governmental environmental organizations are gradually uncovering the relationship between illegal trade in ivory and the financing of terrorism. It seems that ivory is gaining traction as a source of income for many terrorist groups, most prominently including: Joseph Kony’s Lord’s Resistance Army (LRA), Somalia’s Al Shabaab operating out of East Africa and the lesser known Janjaweed, based in western Sudan and in parts in eastern Chad. Former Secretary of State, Hillary Clinton, recognized as much when she conceded in 2012 that “over the past few years wildlife trafficking has become more organized, more lucrative, more widespread, and more dangerous than ever before…[and] it is also a national security issue, a public health issue, and an economic security issue.” Is she right?

East Africa is home to one of the largest elephant populations, yet is facing increasing difficulties in keeping its elephants alive. Research conducted in 2015 by investigative journalist, Bryan Christy, paints a bleak picture for future elephant generations. Tanzania has lost 60 percent of its elephants from 2010 to 2015, with fewer than 44,000 animals remaining. Its neighbour, Mozambique, faces similar loses, with reports estimating that 48 percent of the country’s elephant population has been lost to poachers. Without a certain degree of organization it would be difficult to image how poachers are able to kill so many in such a short period of time. So yes, Hillary Clinton is right -poaching has become more organized over the years.

But here is an even more worrying acknowledgement: “Dead elephants finance terrorism”. At first sight this may come as a surprise, yet look closer and see that it is indeed a bitter pill that we need to swallow, and a blame that we must burden. Investigative work done by both journalists and NGOs has unravelled how elephant tusks have financed terrorist organizations. Considering that Africa is home to the largest remaining free-living population of elephants, it is hardly surprising that terrorist groups of the region are most likely to finance their activities through the trade of elephant ivory. Diving into the clandestine world of terrorism and ivory trade is no easy task. The journey takes us from the jungle to the desert, to buzzing cities, and indicts those who would rather remain anonymous.

Terrorism and ivory- a myth? Or a complicit illusion? 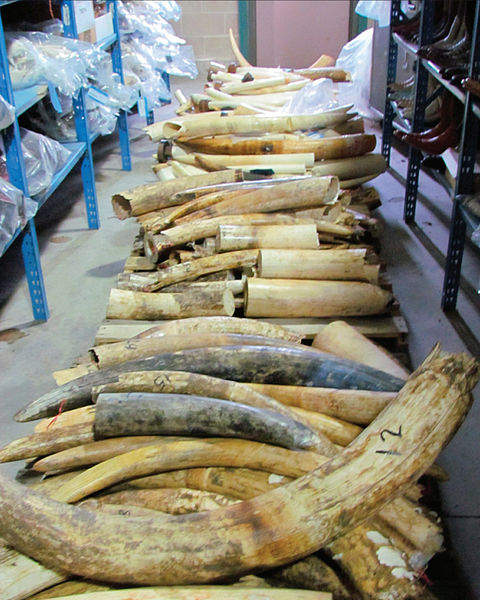 Is terrorism really funded by illegal ivory poaching? When the Elephant Action League (EAL) first published its report “Africa’s White Gold of Jihad” in 2013, politicians and media outlets alike jumped on the bandwagon of the terrorism-ivory narrative. The main headline of the 18 month investigation asserted that Al Shabaab gained as much as 40 percent of its funding from trafficking Kenyan ivory. Recent studies, namely by Cathy Haenlein and her colleagues in 2016, call these conclusions into question and caution against overstating the link. Who’s right?

A closer look at the evidence will show that both are right. The investigation of the EAL into Al Shabaab’s involvement dates from 2010 to 2012. In the course of their investigation, the organization conducted numerous interviews and traced the process of Al Shabaab’s ivory trade. Are Al Shabaab terrorists killing elephants? Likely so. According to the EAL, as much as 3 tonnes of ivory passes through Al Shabaab-held territory, clearing $200,000 to $600,000 each month. It would fall far from the mark to claim that the group has no hands in the trade passing through their territory. Sources interviewed for the EAL report further indicate that Al Shabaab often times serves as a broker, even as an intermediary, for ivory trade in the region. Those administering the trade are located in Kismayo, in the Juba province of Somalia. Haenlein et al. question the evidence presented. What they do however acknowledge is that “this research suggests the existence of little more than small-scale, ad hoc and opportunistic participation.” Unable to clearly identify the poachers, a conflation of terrorists with Somali poachers is a common short-coming, but one that should not make all the difference in the world.

Some of the most compelling evidence for the terrorism-ivory trade nexus involves the LRA and Janjaweed. In an adventurous investigation in 2015, Bryan Christy not only uses a GPS tracker implanted in an artificial tusk, but also interviews a number of LRA defectors. He recounts the brave efforts by Garamba and Zakouma National park rangers to save the elephants, an endeavour that is becoming increasingly difficult. But it is the story of LRA defector, Michael Onen, that stands out. Onen had originally been part of an LRA poaching operation operating in Garamba National Park before defecting in 2014. When Kony’s soldiers raided Onen’s village in 1998 he was only 22 years old. His wife was kidnapped and later killed. Onen soon became a radio signaller and privy to Kony’s communications. While listening in on the transmissions, Onen recalls Kony contending that it is “only the ivory that will make the LRA strong.” Onen’s account was later corroborated by a former intelligence chief of Kony, Caesar Achellam. Interestingly enough, it was Janjaweed’s original success in the ivory trade that gave Kony the idea of killing elephants for funding, or so Onen recalls.

The GPS tracker implanted by Christy also reveals worrying evidence of Kony’s involvement and the safe havens that he finds. On his visit to Garamba, Christy arranges for the artificial tusk to be entered into the black market in a village between Garamba and the Sudan. Following the data stored on the tracking device, the tusk moved its way into South Sudan and from their made its way to Kafia Kinig, a territory in Darfur that is widely considered a Kony hideout. A report by a coalition of groups confirmed as much in their 2013 published commentary “Hidden in Plain Sight: Sudan’s Harboring of the LRA in the Kafia Kinigi Enclage, 2009-2013”. A few days later the tusk is moved to Songo. Songo is a Sudanese market where, Onen recalls, Kony’s men are known to trade ivory. The ivory is in Sudan and remains so in 2015.  It is an open secret that Kony is in Sudan, hidden in plain sight.  Marty Regan from the U.S. State department confirms this view, and regretfully observes, “It’s his sanctuary.” At the time of writing, Christy last tracks the tusk to Ed Daein, a town 500 miles southwest of Khartoum. Where did the tusk end up? Could it be in the biggest ivory consumer market: China?

Although Kony has surely disrupted the ivory trade, numerous sources report that Janjaweed poaching activities are thriving across the Central African Republic (CRA), Chad, Cameroon and the Democratic Republic of Congo (DRC). Cathy Haenlein et al. further conclude, “law enforcement official suspect Janjaweed involvement in the killing of at least 300 elephants in Cameroon’s Bouba Ndjida National Park in January 2012”, with the group also having been accused of poaching in Dzanga Sangha Protected Areas, as well as in the Garamba National Park in the Democratic Republic of Congo.

A debunked Illusion – but ought it matter? 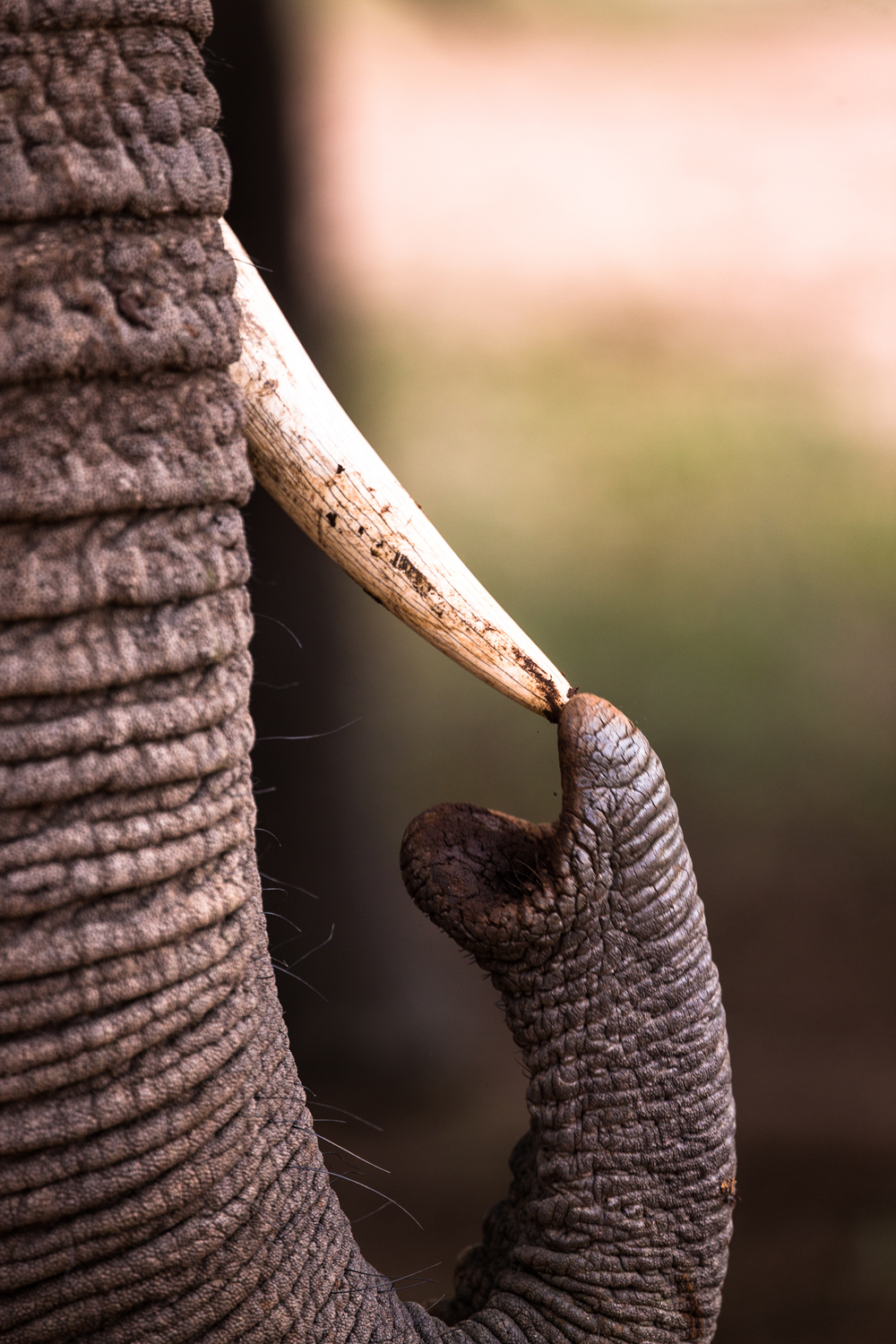 Does a terrorism-illegal wildlife trade nexus exist? Affirmative, yet caution is warranted. Recent studies and reports, including one from the reputable Royal United Services Institute for Defence and Security (RUSI), have increasingly discredited original conclusions as to the scope of funding acquired by terrorist organizations through ivory trade. In essence, ivory trade will not finance the next 9/11, nor does it represent a significant source of funding for terrorist organizations. But it remains vital for the international community to understand the importance of acting against illegal wildlife killing and that it remains both a moral imperative and a matter of national security. It is frustrating to see that a conservation issue only receives attention once it has become an issue of transnational security.

Evidence in favour of the existence of a poaching-terrorism nexus holds strong. The work done by Bryan Christy and others is overshadowed by warnings of overstating the nexus. Yet, the fact of the matter is, as demands for ivory are exponentially increasing in Asia and other parts of the world, terrorists and militants have discovered the profitability of the trade. The demand for white gold has skyrocketed across the Asian continent. It has become both a symbol of wealth and is perceived as a “miracle cure” for a wide variety of diseases. To this end, it ought not to matter a great deal that terrorist organizations’ involvement is opportunistic, ad hoc and on a small scale. The mere fact that animals, which are becoming gradually extinct, are killed for their tusks should elicit strong sentiments and an even stronger international response. There is a difference between terrorist organizations and organized crime networks. It is not a distinction without a difference. Yet, targeting corruption, repressing consumer demand, tracking trading routes and the use of surveillance are methods that can be deployed against both. It makes little difference, in this case at least, whether a buyer purchases ivory from a terrorist or a member of an organized crime syndicate.

The fight against poaching faces a number of challenges. One of the major challenges, which also remains one of the most pertinent frustrations, is that counter poaching efforts are in general grossly underfunded. Park rangers across the continent are risking their own life as they are all too often overpowered by well-funded terrorist [or violent non-state] actors.

A second challenge that remains, is that of definition and designation. Contentions surrounding the  definition of terrorism, and consequently, the designation of a group as a terrorist organization is as old as the phenomenon itself. It remains a contested endeavour: are the LRA and the Janjaweed terrorist organizations? Do they have a political agenda? Who cares. To view anti-poaching operations as a matter of counterterrorism runs risk that little progress in disrupting fundraising can be reported. But does the need to tap into counterterrorism funding and resources for anti-poaching operations not supersede this risk? The fact that these group’s share to the wider ivory trade is rather pale in comparison to organized crime networks should not matter. Fine, don’t call it ivory-terrorism nexus, call it conflict-ivory. As long as definitional parameters are no longer excuses for inaction, classification becomes secondary.

Note on the author: Johannes Müller is currently a PhD candidate at the Handa Centre for the Study of Terrorism and Political Violence (CSTPV) at the University of St. Andrews. Prior to starting his research into the role of the United Nations (UN) in counterterrorism, he pursued a degree in Political Science at the University of Vienna and an MLitt. in Terrorism and Political Violence at the CSTPV. In the course of his studies he researched the financing of terrorism, and it is here that he became interested in the potential link between environmental conservation and the financing of criminal organizations and terrorism. Johannes is acting Consultant for SHIFTING VALUES.

Save the Rhino, 2013. Is elephant and rhino poaching funding terrorism? [online] Available at: https://www.savetherhino.org/thorny-issues/is-elephant-and-rhino-poaching-funding-terrorism/ [Accessed 21 August 2018].