Plans for oil development are threatening the Maldives.
Guest Blog by Sigrid Lüber, OceanCare President and Initiator of Silent Oceans

The image: utterly romantic, but very real. A view of the Maldivian sea. A part of the Indian Ocean, a place that appears like paradise to many. A place whose heart can be seen when you take a deep breath, break the water surface and dive into an almost incredibly colourful underwater world. Magnificent coral gardens, home to innumerable fish species, can be marvelled at. You may also encounter many marine turtles and large fish. Many years ago, I’ve been to the Maldives several times, making many a dive. I was inspired by the beauty and marine life around these paradisiacal islands.

Reality: Unbelievable and brutal.
Former Maldivian president Mohamed Nasheed has been renowned for his underwater conference with 12 ministers of his administration on the 17th of October, 2009. This conference sent an SOS to the climate conference in Copenhagen, stressing the urgent need for climate protection and speaking out against the inactivity of international politics in the face of climate change.

Four years later, in November 2013, Mohamed Nasheed lost the presidential elections. On the 22nd of February, 2015, the renowned and respected environmental and human rights advocate was arrested – even with reference to anti-terror-laws – and sentenced to 13 years in prison. He was denied legal counsel by national and international lawyers. Maldivian NGOs are convinced that this imprisonment is politically motivated. They say that the country came to a halt after this shock.

In his election campaign, the new president Abdulla Yameen promised to boost the economy. It was his declared goal to turn the Maldives into an oil developing country. What a change! I’m not entitled to judge this, but the change could have hardly been more significant. The archipelago’s new government developed an appetite for the black gold. Exploring oil resources is supposed to make for quick profits. “Nothing will happen”, tourism is not at risk. A massive inconsistency: While Dunya Maumoon, foreign minister of the Maldives, is chairing the Alliance of Small Island States (AOSIS) and is calling for global action, president Abdulla Yameen is pushing the development of fossil fuels, thereby increasing CO2 emissions that drive global climate change.

Paradigm shift: There could hardly be more of a contrast in government programs. Tranquillity, recreation and relaxation versus flooding the sea with noise, introducing industrial machinery, anchoring of huge oil tankers, construction of drilling platforms … a hard task for ad writers to further convey the image of an idyllic world to the rest-seeking tourist.

Nonetheless, the oil industry seems to succeed in turning the heads of governments everywhere. In the Mediterranean, too, an oil rush is under way. But this rush is increasingly facing protests – especially in regions depending on tourism. The memory of the inability to deal with the Deepwater Horizon disaster is still too fresh. Recently the population of the Canary Islands drove Spanish petroleum company Repsol out of their waters. Citizens’ groups also formed up in the Baleares, in Croatia, and in the Maldives, reminding their governments to commit their work and responsibility to the country instead of an industry that is still horrified by the term ‘energy transition’.

Oil spills are the visible part of the disaster, which in fact is starting much earlier: with oil exploration. For weeks or even months, survey vessels are dragging airgun arrays that send explosive sound to the seafloor about every 15 seconds. Up to 20 airguns are fired simultaneously. The noise reaches up to 260 dB, pervading the sea over thousands of meters before penetrating tens to hundreds of kilometres into the Earth’s crust – 24 hours a day, often for weeks or months in the same area. As the easily accessible resources are getting exhausted, exploration is entering ever more sensitive and deeper marine areas. For marine animals this is a disaster. They rely on sound to navigate, find food, locate mates, avoid predators and communicate. But their world is flooded with intense anthropogenic noise. This results in serious consequences from disturbance to injury and death. OceanCare and the Silent Oceans coalition are campaigning for more silent oceans and call on decision makers to stop hazardous project like oil explorations without environmental impact assessments. Silence comes about where greed quiets down.

Today, 29th of April 2015, is the International Noise Awareness Day. One week after the anniversary of the Deepwater Horizon disaster, this is another occasion to pay attention to the effects noise has on marine wildlife. Reason enough not to turn a deaf ear. 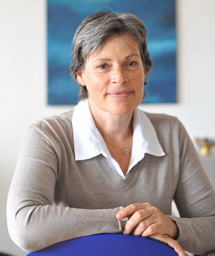