Vienna, a Friday at the end of September 2019. A girl, perhaps 12 years old, is standing on an elevated spot, upright and full of energy. She shouts through a megaphone: “What do we want? Climate justice! When do we want it? Now!” Fascinated, I watch her for a while. It’s for the first time in many years that I take part in a rally again, a demonstration with thousands and thousands of young people stating in a positive and creative, serious and determined way that we must no longer treat the planet we are allowed to live on like we do now.

I feel enthusiasm rising in me. I had already given up hope that the youth would rebel against the destruction of the Earth. And now this movement! Many thanks, Greta! Thank you for taking it upon yourself to be the spark that has awakened the slumbering potential in so many people. 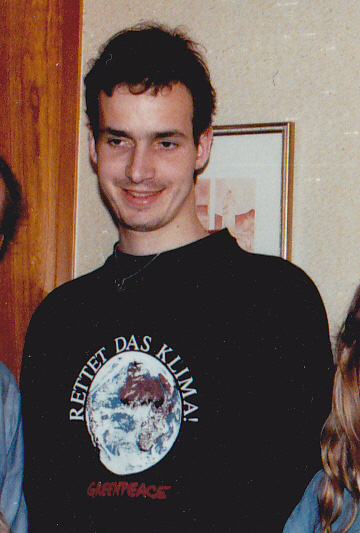 But how can I dare to project my hopes and expectations onto the young people? Didn’t my generation emit more greenhouse gas than any other generation before? Did we know too little to act differently? Back home, I rummage through my old photos. And I really find what I was looking for: a photo of me as a 15-year-old in a Greenpeace sweater which says “Save the climate”. It’s a photo from March 1989! Yes, we have known about it for more than 30 years, but we failed to change course as long as this would have been possible without major upheavals.

And today? Is there reason for hope today? To me, “system change, not climate change” is the most important message here. We can already observe how the (economic, social, value and thought) system reacts if it does not change: A wave of greenwashing is sweeping over us (even oil heating and meat consumption are presented to us as climate-friendly) and absurd geoengineering plans are being rolled out. And – particularly perfidious – the argument of climate protection is being misused for inflicting further damage on nature and biodiversity.

Take the energy issue, for example: the most obvious solution, namely to consume less energy, does not fit into our system, which (on a finite planet!) is geared towards perpetual consumption growth. So the last free-flowing rivers are destroyed by (‘small’) hydroelectric power plants, millions of bats are killed by wind turbines and habitats are replaced by lifeless ‘biomass’ monocultures.

Is there hope for a system change? Actually, why not? However, this requires a fundamental change in two key factors: firstly, in decision-making more weight must be given to scientific findings, and secondly, we need a system that is not based on constantly growing consumption and GDP. It will be crucial that a critical mass of the population realizes that quality of life, joy and happiness are not defined by ‘more consumption’, and we will have to go economic paths that take into account far more than just monetary factors.

Ecologist and freelancer for Shifting Values since its foundation in 2011